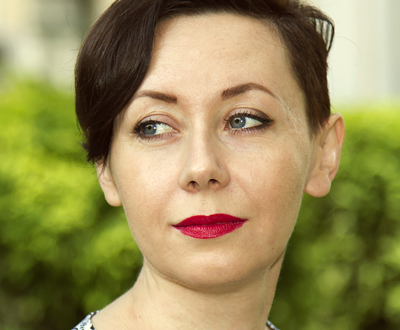 Note: Oksana Sedashova travelled from the Ukraine this year to lead a session on using imagination to solve business problems for the Florida Creativity Conference. Here is an article she has authored on the topic:

The power of imagination cannot be overestimated. The best minds of humanity told that each invention began with an idea that arose in their head. This is evidenced by the notes of Leonardo da Vinci, where he carried ideas from his head to paper by sketches. The great scientist who overtook time – Nikola Tesla – spoke of the power of imagination that “I’m not in a hurry to start practical work. When I have an idea, immediately I begin to develop it in my imagination: I change the design, make improvements and mentally bring the mechanism into motion. For me, it does not matter at all whether I control my turbine in my thoughts or test it in the workshop. I even notice that her balancing has been disturbed. It does not matter what type of mechanism, the result will be the same. Thus, I can quickly develop and improve the concept without touching anything”.

In addition, today, in the VUCA world, where everything is unsteady and unpredictable, thinking processes, including the ability to use the imagination skill, acquire special value.

At the end of September 2018 at the Fortune Global Forum in Guangzhou, China, Jay Walker, an entrepreneur with 700 patents, said about the importance of imagination in the business world. “Imagination is an excellent resource that few people use. We are talk about innovation, but there is no innovation without imagination – the moment when we have an original thought.”

In the current educational context, most of approaches to creativity are heavily taking actions that would lead desirable results. This idea is based on cause and realist relation: behaviorism. Taking an example, if you do A, B will always happen. It is simply an application of Newtonian mechanics to human activities that is an attempt to find an ultimate formula to duplicate desirable results by copying and imitating a group of selected people, mostly those who have marked outstanding performance in economy. However, Newtonian mechanics is designed for objects such as cars and tables. Human activities are driven and affected by thought and emotion that are not objects. Thus, it is not an effective idea to expect a certain results by copying actions. It is important to shed light on how human mind function that causes actions. One’s reality is limited within what they can imagine and feel comfortable. Simple case is that those who cannot imagine themselves flying cannot fly an airplane. Therefore, whether it is realistic or not, in order to convert some ideas into reality, first one needs to be able to imagine it.

Actions, including unconscious actions and behavior, come from decisions. Decisions are results of thought and imagination. One’s actions try to maintain consonance between physical reality and imagination that is a major source to avoid dangers and maximize expected outcomes. Unconsciousness processes and screen information gained from 5 senses in order to prioritize information to pay attention to important things to achieve the desirable outcomes. It is called reticular activating system that has evolved to increase the probability to survive. So, one’s reality is not consist of actually what are surrounding her but what that person actually believes that creates the importance and priority to screen the information. So, the bigger you can imagine, the more opportunities you can cognize and the information that has been ignored can be utilized to make imagination happen.

In order for the imagination to work at full capacity, you need to allow yourself this. Because the imagination is preceded by convictions and states. Pay attention to the convictions: are they supporting or limiting? Imagination is boundless freedom. Believing that everything is possible will help to think outside of the box. The conviction that everyone has all the resources to achieve an imaginary result, will gain confidence and will move you forward. Limiting convictions, such as “It’s impossible”, “It’s only for the rich / intelligent / cleaver / those who have time”? Belief that daydreaming and imagining something big is a sign of immaturity daydreaming and imagination, and others, trigger non-resourceful states of the individual: despair, doubt, laziness, self-doubt, depression, helplessness, anger, fear, confusion, anxiety. These states transform the imagination so that it activates the development of unproductive scenarios that can be scrolled in the head. Moreover, this is the end of innovation. Resource states – energy, joy, flow, inspiration and others – help you feel physical and spiritual strength and energy, and direct the power of imagination to successfully solve any problem where the potential of imagination is needed.

Create your own creative environment

In order to enhance imagination, it is key to develop an environment in which people can imagine freely without having fear of being judged by others. It could be an individual environment or group environment but in either case, first step is repeating to imagine something that would be considered unrealistic. Comfortability comes from habit: what you are used to, repeating to imagine something unrealistic would become something normal in a while. However, in order to realize it, it is required to prepare an environment in which a person can freely imagine without having any judgmental thought on imagination.

Imagination is often associated with visualization of some idea. In order to leverage of unconscious power to make imagination happen, it is important to use five senses to imagine as vivid as possible as if it is real. Leveraging homeostasis that tries to maintain coherence between how it perceives reality, one’s conscious and unconscious mind can be activated to detect more information and opportunities to convert that imagination into reality. In order to imagine things that vividly, it is required to research profoundly, start trying different things, and dedicate the image in mind. This process actually accelerates to convert imagination into reality.

Creativity is often considered a special talent or inborn capability, but it is merely a pattern to connect dots. Creation is not about making something new but it is about how to connect dots differently. In order to transform an irrational idea into reality, it is necessary to connecting the incompatible from the usual pattern because that pattern is a source of perception to think it is irrational. Practicing to connecting the incompatible would allow a person to have different ways to observe reality, have discoveries from ordinary landscapes, and generate new meanings in something that have been considered meaningless.

Florida Creativity Conference is presented by the Florida Creativity Alliance, Inc. in partnership with the University of South Florida Sarasota-Manatee and Ringling School of Art and Design. The Florida Creativity Planning Team is made up of educators, creativity professionals, business people, and not-for-profit organization representatives with a shared passion for promoting the benefits of creative thinking, problem solving, expression and education. They volunteer their time and talents to encourage positive change as people develop their amazing creative potential. The conference environment is designed so that everyone can both share and learn.

Marcia after many years of teaching at traditional universities and corporate training, now teaches full time online in the IT department for South University. She has a wonderful time living and learning and applying the many concepts learned from everywhere. She has presented a variety of e-Creativity sessions for both education and business. Marcia also consults on Word, PowerPoint, Access databases, and Excel spreadsheets.

Jane Goldwasser is President of New Directions Consulting, Inc. a qualitative research company specializing in new product development. In her spare time, she is on the Board of Directors of a newly re-aligned Girl Scout Council and chairs both their Fund Development and Board Development committees. She is a CPSI alum who, having completed the Integrating Creative Leadership program, has put it to work in leading both PACE sessions and in working with CPSI Youthwise™.

Art is certified as a Master Practitioner and Trainer of NLP and Hypnosis by the 4 major hypnosis organizations in the US. His practice includes (a) medical referral clients who experience distress not relieved by traditional treatment, (b) the mental game of sports success (such as tennis, golf, and baseball), (c) academic excellence for peak performance in study and testing, and (d) enabling creative solutions for the challenges of life. Art is the HEAD Coach and Founder of U-Solutions LLC in Sarasota (the “U” stands for unconscious, where the most creative solutions reside).

Join Chris for a day of exploration through improvisation and theater games…no acting experience required! In this safe, small group setting, you will have opportunities to be both on the stage and in the audience. Through the experiences, discussion, and your reflections, you will find new insights into communication, relationships, and yourself. This is a wonderful opportunity to allow your inner voices to speak to you and to discover the possibilities that come from living in the NOW.

This is a workshop for people who have dreamed of starting a business, solving one of society’s great problems, or pursuing any dream that has remained elusive for years. Often the biggest challenge to undertaking an audacious, wonderful goal is leaving the security of the known to go out into uncharted territory. If you have such a dream, join Jane Goldwasser for a day-long opportunity to translate this wish into a detailed plan for action. Use Jane’s D.A.R.E. model – D. (Decide), A. (Analyze), R. (Reality Check), E. (Execute).

Do you find yourself saying you don’t have enough time? You can’t squeeze in enough space for fun or creativity? What if you could make time expand or contract at will? In this workshop, based on the book Creating Time by Marney Makridakis, you will use journaling to kick-start your ideas and create an art-inspired time-tool to help you flip your day so that you and time can become partners in your creative work.